The Patient is Dying But There Are Emotional Barriers to Hospice 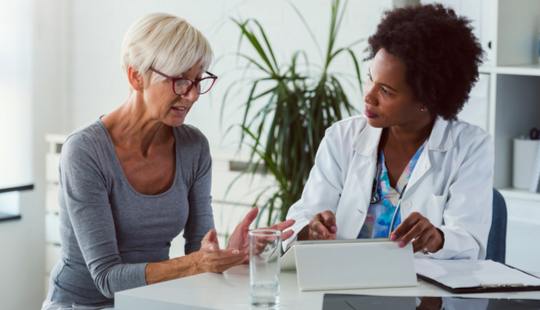 If you work in a hospital, you’ve likely treated patients who have had ongoing chronic or serious illness. These patients are often used to existing care regimens, even if they aren’t specifically curative in nature. When they become eligible for hospice under Medicare guidelines, the discussion of cessation of these regimens or treatments can sometimes serve as a barrier to enrollment.

Patients may not wish to forego certain therapies and may decline hospice care until very late in their disease trajectory. This can often lead to:

Open Access can help provide a glide path into hospice by allowing certain treatments to continue while enrolling in hospice. This gives the patient and family time to understand hospice while not giving up existing regimens.

Open Access in Practice: The Story of Mr. Charles

Mr. Charles was diagnosed with advanced prostate cancer. It had metastasized to his brain, leading to significant discomfort as the mets pushed on his cheeks and sinuses. His hospital offered him a series of palliative radiation treatments to ease the pain and referred him to hospice. At the time of his referral, Mr. Charles still had two palliative radiation treatments left. He did not have a DNR signed, and his desired resuscitation status was ‘full-code.’

Via the Open Access program, his hospice team was able to sit and talk with Mr. Charles’ adult daughters. His daughters knew his prognosis was terminal and understood hospice was the next step in his care, but they felt that his palliative radiation was providing comfort and easing his pain. The hospice team asked if they’d be willing to admit him to hospice if they could provide his two remaining treatments. Mr. Charles’ daughters agreed, and the hospice admitted him directly on the general inpatient level of hospice care to manage his uncontrolled symptoms.

Learn more about the four levels of Hospice Care

Upon admission to hospice, Mr. Charles’ desired resuscitation status was still a full code, and he also had an active defibrillator. The daughters agreed to continue conversations about both changing his code status to DNR and turning off the defibrillator. Because of Open Access, the hospice was able to admit Mr. Charles despite the family not yet taking these actions.

Because Mr. Charles was admitted to hospice, his daughters and family began to receive the support and counseling from hospice chaplains, social workers, and music therapists. After hospice arranged for Mr. Charles’ first palliative radiation treatment under their care, his family became more open to discussions centered around goals of care. It became clear that Mr. Charles was declining rapidly. As Mr. Charles and his daughters began experiencing the support of the hospice team, they felt comfortable forgoing the final course of palliative radiation. The hospice team safely transferred Mr. Charles back to his home under their care.

After a day at home with his symptoms still well-managed, Mr. Charles became non-responsive and continued his decline, peacefully and comfortably. Seeing that he was comfortable, his daughters agreed to sign his DNR and change his code status accordingly. He died peacefully, surrounded by his family. His daughters, family, and friends will continue to have access to bereavement counseling and support from his hospice team for 12months after he died.

Bridging the Gap to Hospice

In 2018, only 50% of Medicare Decedents received some form of hospice care, and the median length of stay on hospice was only 18 days. All too often, discontinuing complex treatments can present a barrier to accessing the Medicare Hospice Benefit.

An Open Access program can serve as a bridge into hospice for eligible patients by providing continuity of care while patient and family misconceptions of hospice are dispelled.

Community, Hospice Eligibility, Levels of Care, Disease Progression, Psychosocial Support
Dressing for the Journey What is the FAST Scale?