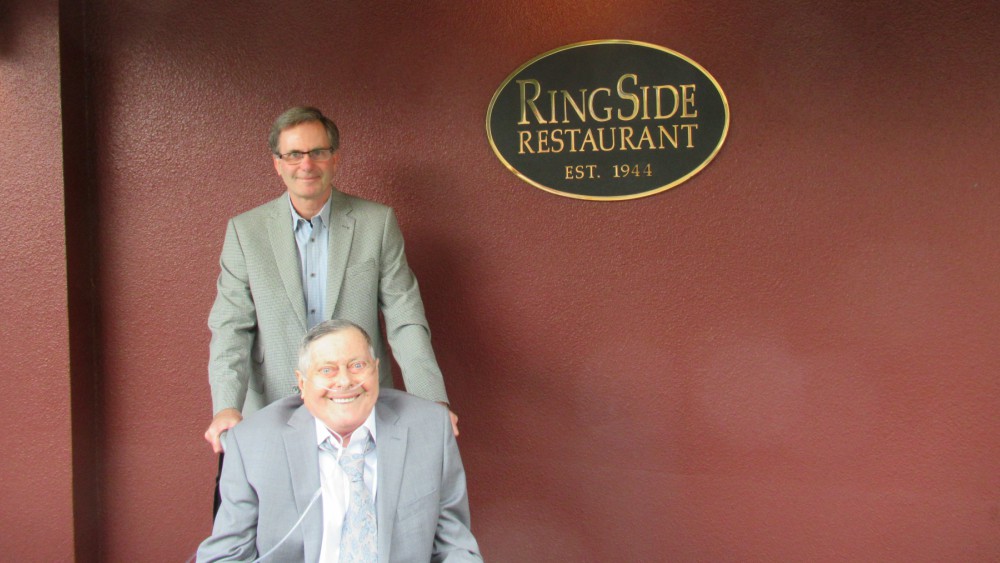 There’s a last wish to suit everyone . . . and in Joe’s case, he wished for an actual suit! Joe is a 73-year old Vietnam War Veteran, who now resides at Regency Gresham Nursing and Rehabilitation Center, near Portland, Oregon. Joe is a friendly guy who loves to share about his life as a former casino dealer. He loved this job because it meant he got to meet and make new friends every day, and he also liked that it was the perfect excuse for him to dress up in spiffy suits.

Joe told us that his final wish was to have one last nice suit that he could wear to his son’s college graduation, as well as his own funeral. He was concerned this couldn’t happen because it was difficult for him to make it to a store, due to the need to be hooked up to oxygen. 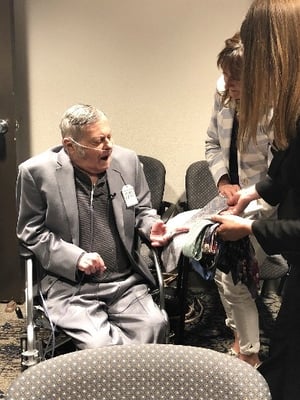 Our Nurse Case Manager Andrea and Volunteer Coordinator Donna put their heads together to see what they could do. Since Joe couldn’t go to a store to get fitted for a suit, we reached out to Jos. A Bank in Portland, and they were kind enough to agree to have a tailor come out and fit the suit for Joe at his facility. They also offered a discounted price on the suit, as well as free measurements and alterations!

After the tailor came out initially to take Joe’s measurements, it was time to plan for the final suit fitting. Our staff decided to throw Joe a little party, complete with cookies, flowers, and sparkling cider, in a conference room at Joe’s facility. We called up Joe’s son to invite him to come and surprise him, but since the 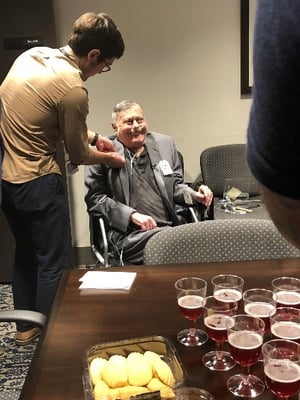 party was very last minute, we weren’t sure he’d be able to make it.

When it was time for Joe to come join his party, he had forgotten all about it! He was filled with excitement and joy, and couldn’t stop saying with amazement, “It’s All-About-Joe Day!”

He told us it felt just like a song. Joe’s suit looked amazing on him, and he was so impressed with it. But the very best part was after he had tried it on, and his son Tracy came walking in the room. This was a complete surprise to Joe (and to us!), and it truly made the day special to him. The fun didn’t end here, however!

Because we were so excited about how this last wish came together for Joe, we had invited some local news stations to come and capture this special event for Joe. 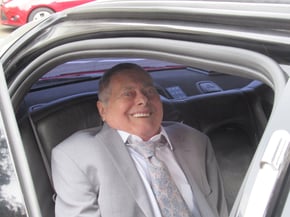 While Joe was being interviewed, he said that if he could, he would wear his new suit and take everyone out to eat at the RingSide Steakhouse, which was his favorite restaurant, but unfortunately, he wasn’t sure he could afford it. Just the next day however, we got word that a RingSide staff member had seen Joe’s story on tv, and RingSide was going to give Joe a complimentary dinner for himself and his son!

The generosity didn’t stop there. Calls came flooding in to the television stations with people offering to pay for Joe’s suit, as well as for his dinner. Not only did the generous donations of many individuals cover Joe’s suit, but when we reached out to Lucky Limousine about arranging Joe’s transportation to dinner, the company kindly offered to give Joe a free ride.

A huge thank you goes to RingSide, Lucky Limousine, Jos. A Bank, the Seasons Hospice Foundation, Regency and Seasons Hospice & Palliative Care staff, as well as the amazing individuals who heard Joe’s story on the news and called up asking how they could help make Joe’s wishes come true. Joe’s evening out with his son went very smoothly, and with our staff nearby to make sure that there were no issues, Joe was one happy – and dapper! – guy at the special dinner he was able to share with his son.

Community, Patient Stories
Speaking the Truth in Love It Really Does Matter How We Die