Safe to Float — Our Hospice Experience with Seasons 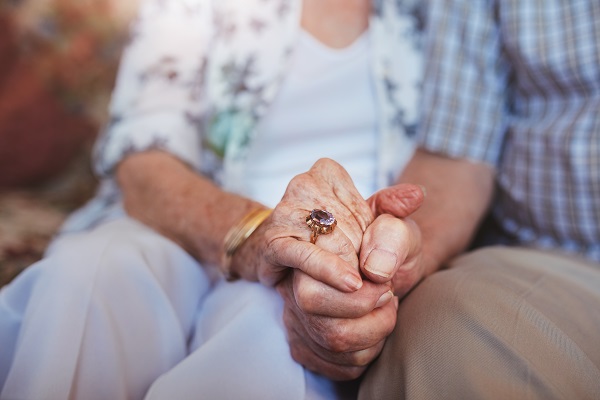 The oncologist was running late, but took the time to carefully review the results with us. We looked at scans in sequential order while the doctor talked about the chemo’s negative impact on my dad’s immune system. We reviewed the report from the radiologist, and discussed the various hospitalizations. The conclusion: chemo and radiation hadn’t had a significant effect in arresting my father’s cancer.

“I don’t think you’re a candidate for any of the other treatment options. I’m sorry,” the doctor said. I had expected this, and even hoped for the end of treatment given what it had done to my dad, but my stomach still dropped at the news.

“So, that’s it?” my dad croaked, after a silence. He seemed unprepared, though stopping treatment had been on the table even at the last visit.

The oncologist pursed her lips and gave my dad a pat on the shoulder. She answered with her eyes. Before we left, she let us know that when we’re ready, she’ll write a referral for hospice.

My father had a hard time believing that nothing else could be done, and felt like he hadn’t tried hard enough to get better. I encouraged him not to think of cancer as something he could control by “trying”. But he had pulled himself out of the depths of alcoholism and cigarette addiction by trying. He had a successful, 45-year marriage, against all odds, by trying. He had saved enough to send four kids to college by trying. Solid effort and a positive mental attitude had helped solve so many of his problems before, so why not now? Against all of our instincts, we settle in to wait.

For awhile, nothing happened. A few months later, though, he was noticeably weaker. He didn’t feel safe in the shower. He was having a harder time keeping track of everything. His phone beeped and chirped dozens of times a day with alarms and reminders he’d set for himself. He worried obsessively that he’d run out of pain medication. He resisted going to the hospital, even when he had an infection that could only be treated there.

I wanted him to consider hospice, but I knew hospice meant different things to each of us. To me, it represented a way to spend our limited time together at home, without stressful hospital trips and time-consuming doctor appointments. It represented a way to get some additional services he needed, without having to pay out of pocket (Medicare would pay.) To me, it also represented acceptance, and a path forward. To him, it represented surrender. And he honestly didn’t believe he could only have 6 months or less to live (one of the hospice criteria.) Most people he knew had gone on hospice days before they died, and spent that time in a morphine haze.

“But I’m not dying,” he said when I asked if I could have someone come out and talk to us.

“You don’t have to be on your deathbed to start hospice,” I said. “This is a way for you to get care at home. We’ll have someone we can call if something goes wrong. They can help you shower, and make sure all your supplies are in order.”

“This isn’t a commitment,” I reassured my dad when he agreed to make an appointment. “Let’s just hear what it’s about and ask questions.”

I had already been asking around about hospice. A friend referred us to Seasons Hospice and Palliative Care, saying she was really impressed with them when they helped her mother-in-law.

It was comforting and sobering to hear what hospice was going to be like. A nurse would visit to monitor his health and manage medications and supplies, a caregiver would help with some of the things he couldn’t manage, there’d be a number we could call if something happened or we had questions, they’d increase care “as you decline,” they told him. And he could stop at any time. That was helpful for him to hear. In his mind, hospice was temporary, something he was just trying out.

I was relieved when he agreed to sign up. I was looking forward to just being a daughter, and being able to go to their house without an agenda. I wanted to lay the caregiving burden on professional help for a while. 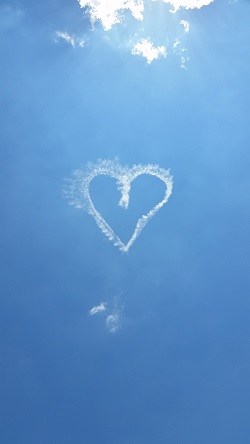 The nurse worked directly with my dad, and a lot of the day to day caregiving drama that I’d been living with dropped away (no more sudden requests for supplies, no more prescription refill emergencies, no need to figure out how to hire someone to help him bathe). We settled into a new routine, with the hospice team at the helm.

I remember one day I got to their place to be greeted by an old friend: Rockford! My parents were watching the Rockford Files on TV, just like Friday nights when I was a kid. I made some popcorn and we sat around laughing that of all the things they could binge watch on cable, this is what they chose. Other days, we discussed the news, or which Harry Potter book dad was re-reading. We talked about the grandkids, and who had visited or called this week. On their wedding anniversary, he gave me his secret to a successful marriage: “Lower your expectations,” he joked. We kept it ‘light’, but there was an awareness of the nearness of his death that I couldn’t ignore when I was with him, and a heaviness descended every time I left.

“Your dad is in a gradual, but steady decline,” the hospice nurse said, when I asked her what she was seeing. She had no suggestions for how this would go, or how long it would go on. It was her job to be comfortable with death, but I was an uncomfortable amateur.

Gradually, I found a way to let go of all my ideas of how it was supposed to be, or what quality time was supposed to look like. It was a magical, bittersweet summer, splitting time between my parents and my kids. There was less ‘work’ to do with (or for) my parents. I was out of things to organize. It was time to start letting go. When we were improvising everything related to my dad’s care, it felt like we were in free fall. It felt important to hang on tight. That summer, with the support of the Seasons hospice team, it finally felt safe to float.

About the Author: Karen Purze is the author of Life In Motion: A Guide for Gathering Life’s Vital Details. She blogs at lifeinmotionguide.com, and can be followed on Facebook @lifeinmotionguide for a steady stream of practical tips on caring for aging parents.

Community, Patient Stories, Caregiver Support
Seasons Executive Director Creates Her Own Legacy Project The Dream of a Lifetime: A Visit to the Grand Canyon