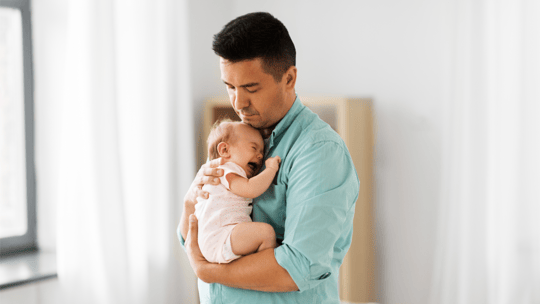 Most of us realize the power of music to motivate, express, and connect with our higher power as we use it to help us exercise, dance with our partner, share our emotions, and in praise and worship. The question is, “how is it used as a clinical intervention in hospice care?” This best explained by sharing the story of one of the patients we recently served.

Denisha was born with Trisomy 18. Her heart was strong enough to carry her through her stay in the Neonatal Intensive Care Unit and an eventual discharge home with pediatric hospice care with Seasons.

During her hospitalization, there was incredible strain on her parent’s relationship, leading to a separation. This led to challenges providing Denisha’s daily care. With the help of hospice staff and her support network, Denisha’s mother Janice was able to care for her at home.

Denisha also experienced an involuntary startle reflex 4-5 times per hour and was referred to the hospice music therapist for calming and comfort. While assessing the patient and family, the music therapist made the following notes:

“Religion is Baptist, ethnicity is African American, preferred music by family is jazz and gospel, patient responds positively to lullabies, mother and caregivers are open to learning new ways to calm the patient, mother experiences stress with caregiving and finances and is experiencing emotions related to anticipatory grief, and the patient’s primary needs are for comfort, relaxation, and bonding opportunities with parents.”

Based upon the assessment findings, he determined the individualized plan of care would include support for the following needs: anticipatory grief, caregiver support, agitation and restlessness, and spiritual support.

Music therapy techniques would be utilized to address these needs in twice weekly music therapy sessions.

One of the techniques utilized in subsequent music therapy sessions was multi-modal music therapy as described by Dr. Jayne Standley’s work with premature infants in the NICU (Standley & Swedberg, 2011). During these sessions, the music therapist would sing lullabies a capella while holding Denisha against his torso and gently rocking. One round of the lullaby would be hummed without words and during the second round, the music therapist would gently touch Denisha’s head in a circular motion, not hard enough to be massage and not so gentle as a tickle, but somewhere in between the two while humming the lullaby. If, at any time, Denisha experienced agitation or a startle reflex, the touching would cease, although the humming of the lullaby continued. Once Denisha returned to a calm state, the touch would be added to the humming, starting at the head and moving down the body.

While the music therapist was providing multi modal music therapy interventions, Denisha still experienced the startle reflex in the initial treatment stages but tolerated the music without incident. Within two weeks, Denisha became completely tolerant of music and touch together and did not experience a startle reflex. As sessions progressed, it was noted that Denisha’s breathing became less labored and she appeared to fall into a deep sleep during multi modal music therapy sessions.

Denisha’s family experienced layers of needs, including anticipatory grief support. Often when Janice or Denisha’s father held her, they would become tearful during the music. They shared about feeling helpless sometimes. Their search for meaning was palpable.

The music therapist offered comfort and hope with the singing of religious songs they knew well, such as His Eye is on the Sparrow.

On a Thursday afternoon, the music therapist received a call from the nurse case manager explaining that Denisha’s heart rate was dropping, her respirations were becoming more labored, and she was no longer responding to stimuli. She requested the music therapist to support Denisha during her dying process and to help the parents as they struggled with Denisha’s final moments. When the music therapist arrived, Janice was holding her baby and Denisha’s father was at her side. Without speaking, the music therapist unpacked the guitar and began singing and playing the songs utilized in previous sessions. With tears streaming down her face, Janice held onto her baby as Denisha breathed with great effort. The music therapist and nurse were tearful at times also, and very few words were spoken. Within the hour, Denisha took her last breath and made her final life transition in her mother’s arms to the sounds of her parents’ singing.

Throughout her dying process and after the death, hospice team members rallied around Denisha’s parents providing grief support. The music therapist was asked to sing at Denisha’s funeral. Denisha lived only a few months, but it was evident that her life touched many people in profound ways. Music therapy played a vital clinical role in supporting Denisha and her parents through her home hospice experience and helped escort her into her afterlife. It was also a pivotal part of the memorial service and continued through subsequent bereavement sessions.

This article was adapted from an excerpt from a forthcoming book, Heartsongs: Pediatric Palliative Care Music Therapy, set for publication by the end of the year by Dr. Russell Hilliard.